We are never short of love for our North Western friends and Crimson Performance Race Team is no exception. We have sponsored the Manchester-based elite cycling team since its inception, and we have seen the team evolve into something special.

The team was founded in 2018 to support talented riders based around the North West. The team acts as a springboard for aspiring riders wanting to progress into professional teams.

We caught up with Matt Hallam, Crimson Performance Race Team’s founder, to get the latest team news and how this years’ season finished.

Hi Matt, so how has the last season been for Crimson Performance?

It’s been a successful season of racing for the team. We have been active in 7 of the HSBC National Road Series races, sending a full squad of 8 riders and team car for support. The Series started with the Klondike GP in April and finished with the Ryedale GP in August. Going toe to toe with full-time professionals has really lifted our game this year. We can be proud of our achievements in these bigger races. Outperforming more established teams has always been a big motivator for us and we have been able to do this on several occasions this season.

In between the National Road Series, we also raced at the Reddich and Birkenhead rounds of the OVO Energy Tour Series. The team also travelled to Belgium for a week of kermesse racing picking up a podium and 3 top 10’s against some of Belgium’s best riders. Alongside these high-profile races we have stacked up 16 race wins as well as numerous podiums. It’s been non-stop!

What has been your driving force this year?

Our goal this season was to make the step-up to National Series racing. It’s been hard graft and a very steep learning curve, but we’re committed to doing what we set out to do, which is to turn up to the UK’s biggest races and pitch ourselves against full-time professionals. For us, it’s still about providing opportunities for riders in the North West, which was the founding motivation. It’s amazing to be able to do that, to do it well and to provide them with the support they need. 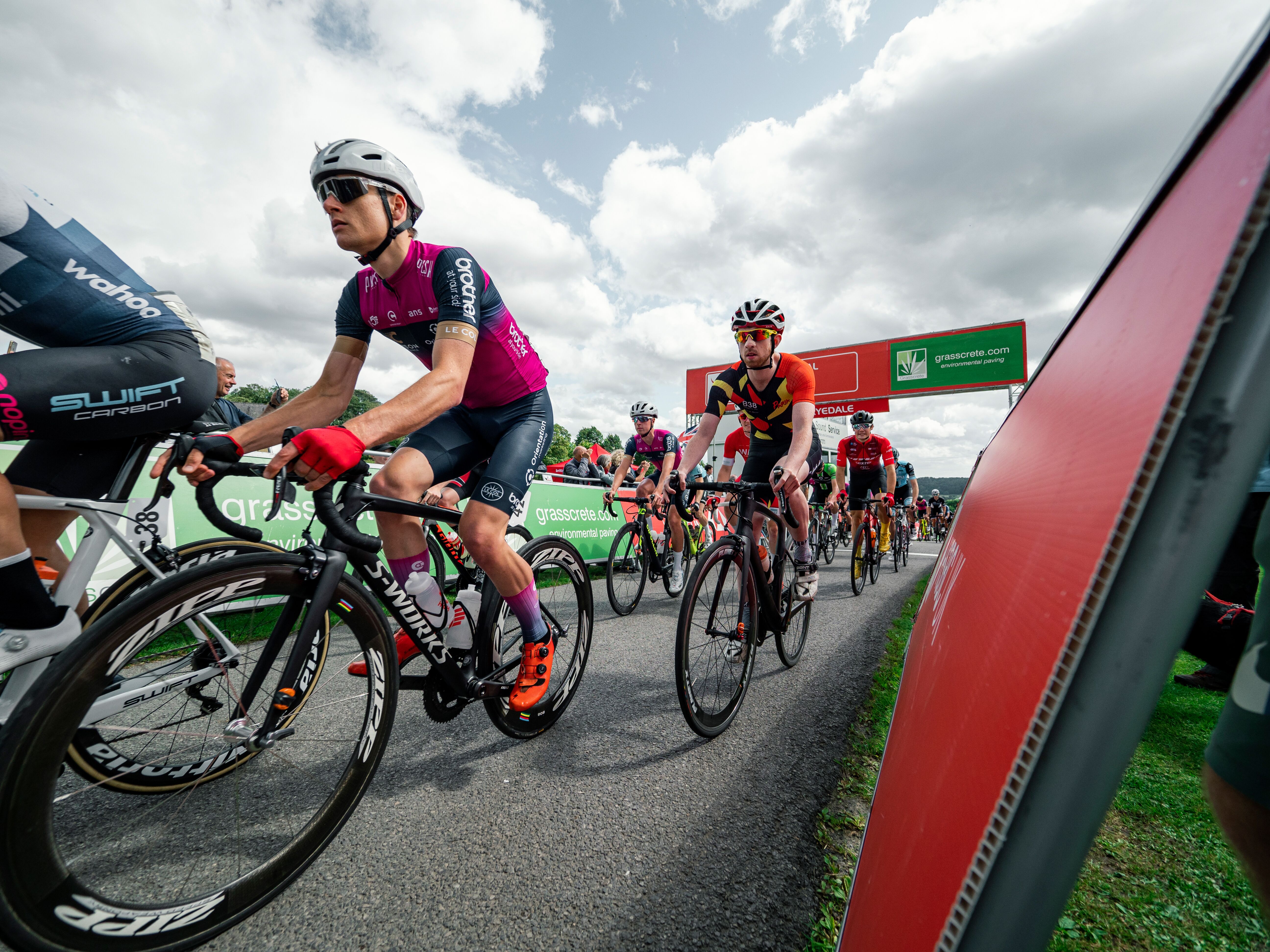 What’s it been like competing with some of the UK’s best riders?

We are competing in an exceptional era for men’s elite cycling in the UK. The UCI Continental squads represent a domestic peloton of unprecedented strength-in-depth. We have been racing against professionals who have previously competed in the Tour de France and huge one day UCI races such as, Paris Roubaix and the Tour of Flanders. We only have one full-time rider; the remainder of the squad all work full-time jobs. Just to be at the start line with some of the biggest names in UK cycling is a great achievement. Beating them is even better!

And I must give a shout out to ANS employee, Oliver Huszar, here. The early parts of his season were plagued with a nasty back injury, but he went on to win the inaugural Horwich GP and finished his first National Road Series race at the Beaumont Trophy which was a huge boost!

How do you make it all possible?

Thanks to sponsors like ANS we can provide riders with the support they need to progress into professional teams. Without the financial support from businesses like ANS, we wouldn’t have been able to provide these huge opportunities for our riders over the past 2 seasons. Cycling race teams are built on a sponsorship model so finding businesses that invest in the vision of the team is always the number one goal when recruiting sponsors. We are extremely grateful for the support we receive from ANS, we have been lucky to have your backing since the formation of the team in 2018. Not every team is as lucky as we are, and we are so grateful for every penny we receive. 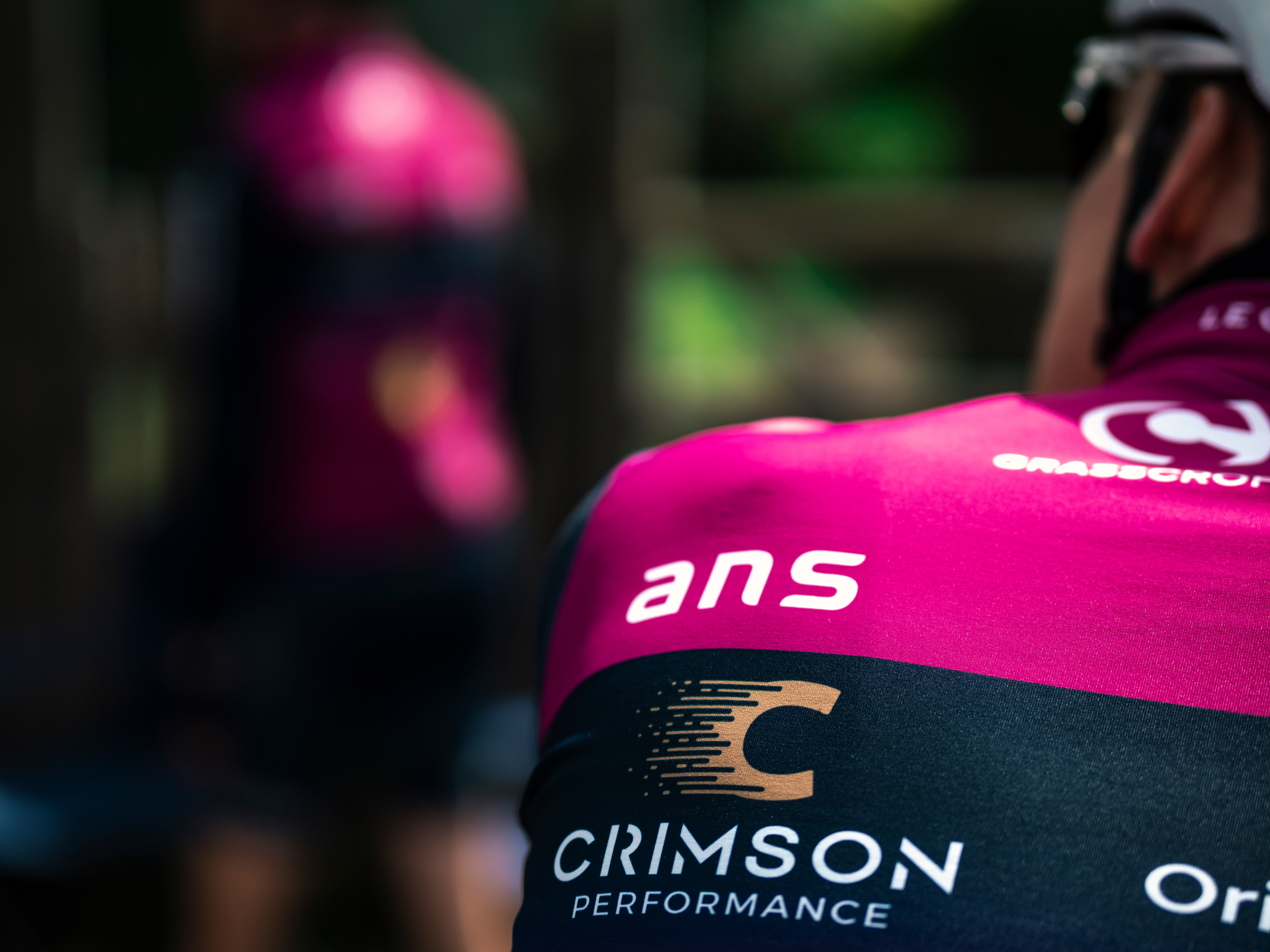 We are aiming high after such a great season this year. Our goal for 2020 is to be the number one ranked elite team in the UK. We have restructured the men’s squad bringing in 8 new riders and we are also expanding our women’s team to 7 riders. We will be racing the full HSBC National Road Series as well as the Elite Circuit Series too. It’s set to be our biggest year yet and we are excited to see what 2020 has in store.

We also want to strengthen our regional presence in the North West. Manchester is the home of cycling and we want Crimson Performance to be the first thing you think about when cycling in the North comes to mind.

To learn more about Crimson Performance Race Team, check out their website here. Alternatively, you can get all the latest updates by following their Instagram page, @crimsonperformance.